Over the past 6 months, Google has announced and unveiled significant changes to its smartphone algorithm, sending waves of media coverage and speculation across the online world. As with most big moves by the search giant, a rush of industry pundits, technologists, SEO experts and design firms weighed in on these changes, in many cases misconstruing Google’s position and in others, flat out misrepresenting it. The result? Mass confusion for marketers. 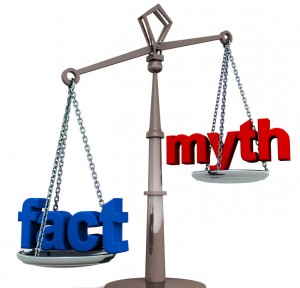 One of the primary contributors to the confusion this past year has been Responsive Design. There are conflicting opinions about whether or not Responsive Design is the “new normal.” To be clear, while Google does recommend Responsive Design for a variety of reasons (mostly due to crawling simplicity), it is not a requirement for SEO. In fact, just last week, senior Googler John Mueller clarified this by saying Responsive Design does not deliver any additional ranking benefits over Mobile URLs or Dynamic Serving methods.

Conversely, we’ve also seen no evidence (yet) that Google is downgrading desktop sites that lack Responsive Design; nor for that matter are they downgrading sites that lack mobile URLs. However, our interpretation is that a lack of mobile formatting/content will likely be a ranking factor in the near future. We’d put that timeframe somewhere inside 3-6 months and recommend companies prepare by offering a smartphone-ready site. We’d view the situation as particularly time-sensitive if organic search is driving significant traffic or sales for your site.

We base this position in part on what we can already see evidence of. It is clear Google is cleaning up the mobile search experience, as promised in June. They’re doing this by downgrading desktop URLs that deliver a poor mobile experience – typically by way of poorly configured smartphone redirects that route searchers to irrelevant “m.” pages and/or error pages.

Sites like these generally use the “Mobile URLs” method of optimizing for smartphones, which is one of the three methods Google supports from an SEO perspective (the others being Responsive Design and Dynamic Serving). This method is also filled fraught with implementation deficiencies and errors that often send mixed signals to Google.

The proper takeaway on all of this is that smartphone-optimization should be viewed as the requirement – not Responsive Design, per se. Each of the three mobile methods are supported and may be optimal in different use-cases. But each also has their own implementation challenges and configuration requirements for avoiding Google downgrades. None of the methods inherently lead to higher rankings. Accomplishing that still requires optimization of site content, architecture and social links.

Despite what many design firms seem to be selling now, Responsive Design does not equal SEO. Quite to the contrary, most of the retail implementations of Responsive Design we’ve seen require more optimization to account for other ranking requirements, like page speed.