AMP vs. App Indexing: How Mobile is Forcing Google to Bait-and-Switch Developers 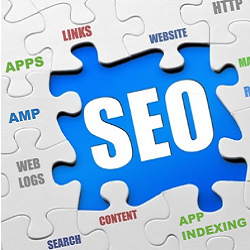 As the app and web economies compete for consumers, the technology that determines what consumers see on the first page of Google search results remains a key focus for app developers. Continuously improving a brand’s presence on the first page is important and can translate to millions in revenue. When algorithms change, marketing teams and ecommerce managers brace themselves.

Google’s recent announcement regarding AMP pages being preferred over app content in search rankings received little coverage yet highlights a very strategic move by Google to maintain its grip on mobile consumer behavior.

For those not familiar, AMP (Accelerated Mobile Pages) is an open source initiative spearheaded by Google that provides a technical framework for dramatically speeding up mobile web pages. Fast page load times are a key pain point for advertisers and publishers who saw a dramatic shift in pages viewed on mobile devices. For many, migrating to responsive design (an issue pressed mostly by Google and mobile-geddon, you’ll recall) came at the expense of speed. Implementing AMP on large complex websites requires significant developer resources, but the list of brands embracing AMP is growing rapidly. The AMP specification enables pages to load “instantly” for searchers, partially as a result of more efficient code, but mostly due to Google’s serving of AMP pages off their own CDN (Content Delivery Network). Google is happy to do this of course as it keeps mobile searchers on Google’s network, rather than to referring searchers to indexed sites or apps.

Prior to the release of AMP, Google and Apple released several technologies related to mobile app content. Both companies appeared to be focused on increasing the visibility of app content. Firebase App Indexing is Google’s technical standard for making the content inside of apps visible in Google Search results.  The technology includes a software development kit or SDKs for deep linking which enables a link to detect and open a mobile app vs. website. After the release of these technologies, Google announced that deep links to mobile apps would start appearing in relevant search results and would rank higher than mobile web pages with the same content.

Back to the announcement: Google is now saying that for any web URL, the AMP version (when available) will trump in the search results any deep link to the same content in the app. In essence Google is saying that if presented with web, app, and AMP versions of a given page, the preferred display order in search results will now be AMP, followed by app, followed by Web. Just to be clear, Google has not announced any ranking benefit for AMP pages. Given Google’s clear position on the advantage of mobile page speed, it is not difficult to imagine Google eventually moving in that direction.

If You Had to Choose One

Make no mistake, app indexing and deep linking both remain strategic for Google as it recognizes trends in consumer behavior and the shift toward mobile apps. Indeed at the recent unveiling of Google Assistant, Google acknowledged the strategic importance of deep linking as an enabler for its AI system to surface installed app content.

Still, competitor apps like Yelp and others are siphoning users off Google’s search network every hour. By favoring AMP pages in search results, Google clearly hopes to slow the flow of traffic from browsers to 3rd party mobile apps by keeping users on the Google network instead.

Given the implementation effort for companies to implement these standards, Google favoring AMP pages over App pages in search results may undermine adoption of both. Not only do early adopters of app indexing feel jilted by the news, the move forces companies to evaluate which standard makes the most business sense and may ultimately result in the adoption of one over the other.

Take e-commerce as an example. AMP page functionality does not yet compare to e-commerce web functionality, let alone app functionality. Currently AMP lacks even basic e-commerce elements like add-to-cart, A/B testing, personalization, analytics integration. Naturally if your company has invested in a mobile app and its ability to convert users into sales, app indexation and deep linking are an important way to acquire and convert shoppers. What will happen if your web team implements AMP for your e-commerce pages? Your mobile search conversion and app ROI payoff will likely plummet, as mobile searchers lose instant access to all the great functionality you’ve developed for them in the app. In cases like this, AMP pages are like stepping on the gas ahead of a stop sign.

Build for Consumers not Search Engines

It doesn’t have to be this way. Rather than force companies into “either-or” choices with AMP or App indexation, Google could easily adopt a “both-and” approach by giving companies control which pages appear first in search results. This seems smart for a few reasons. First, companies willing to take the time to implement AMP, app indexation, or both, need some ability to see that investment payoff or they won’t invest. Second, having built their web and app experiences, the companies themselves have the data as to which pages offer consumers a better experience.

This customer focused philosophy lines up with Google’s advice over the years. By letting companies control which experience searchers see, companies will end up adopting both technologies and in the process delivering a better experience to searchers.

Google could easily add this capability in the Search Console Site Settings. Just as Google allows companies to control things like crawl rates and domain display settings, simple radio buttons could let you choose whether  AMP pages, App pages, or Web pages should be shown by default to mobile searchers, or whether Google should decide. 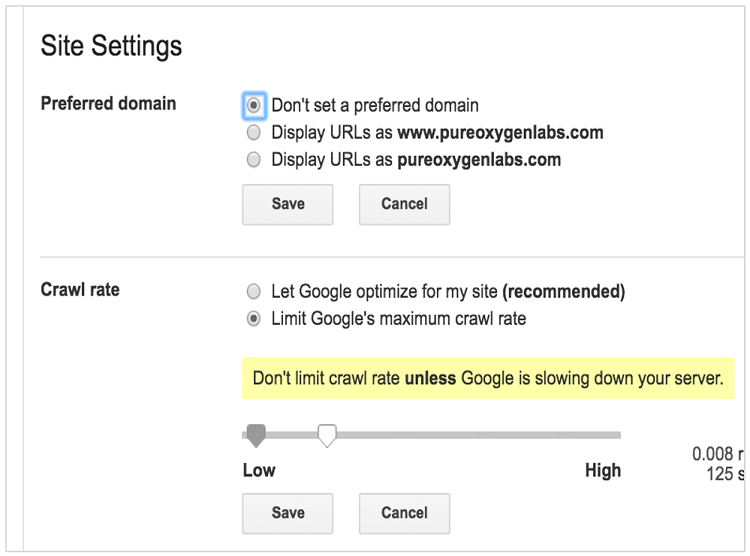 Mobile app and web developers should voice their concerns around favoring AMP pages over App Indexed pages and request more flexibility in optimizing the consumer journey between app and web. In the meantime, technical teams need to assess AMP and App Indexing priorities in light of a brand’s unique app vs. web conversion trends while knowing AMP pages will appear first in mobile search results.