Facebook hitting a billion users. As big a milestone as that is, it was somewhat expected.

The real news was found in what looks more like an internal metrics document Facebook published, citing a few characteristics of their billion-user platform, including this:

This is the real story: as big as it is for Facebook to hit a billion users, consumers are moving to mobile to be social even faster – and in greater volumes. The implications of this fact are bigger than Facebook’s monetization strategies; this impacts every marketer with a social media strategy. Because if it’s not mobile-optimized, it’s just not social any more. 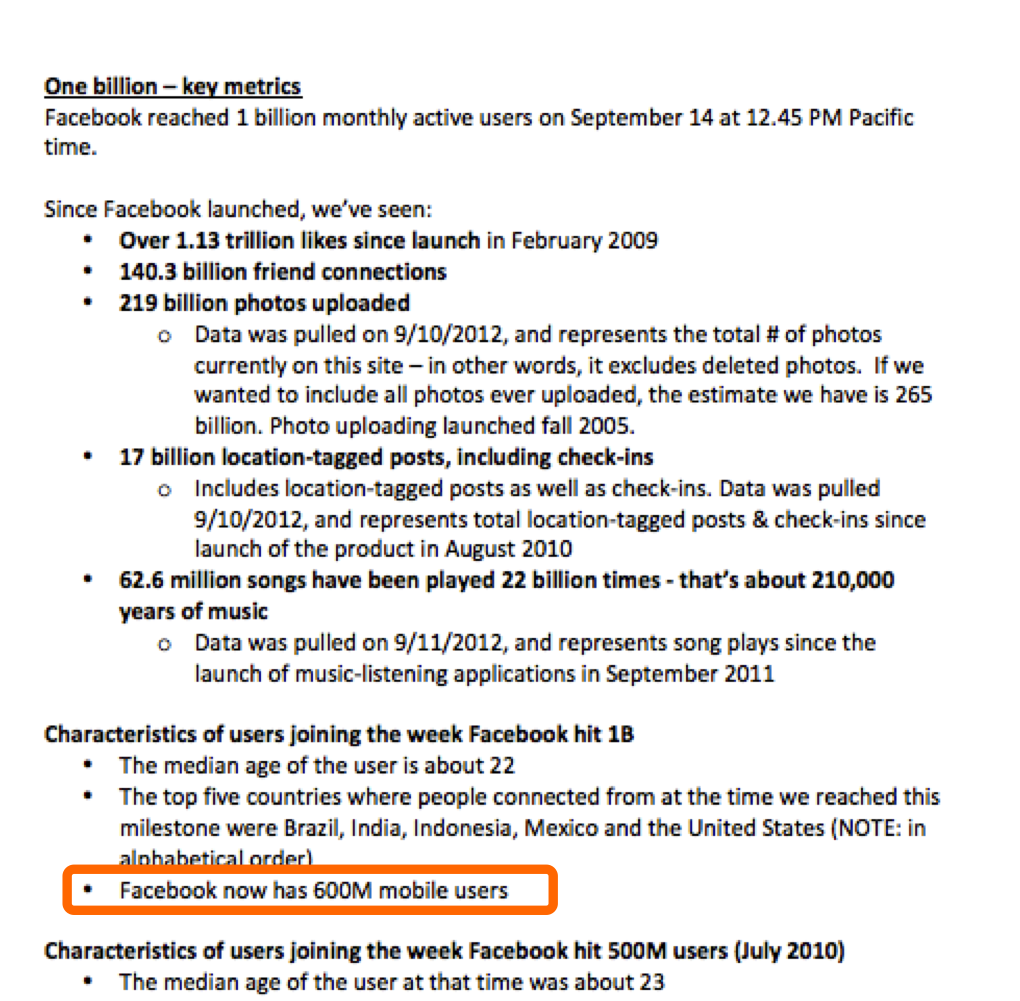