On July 17, 2017 the New York Times reported one of its strongest quarters in recent memory due in large part to the success of the New York times mobile app. The company affirmed it was on track to double its digital add revenue between 2014 and 2020 and digital-only subscriptions have now reached over 2.3 million. If you share and consume New York times content on social media (as do over 39 million Twitter users and over 14 million Facebook users), one way to get more views and engagement among New York Times subscribers is to make sure your article links can detect and open the NYTimes mobile app vs. website.

New York Times app subscribers are typically persistently logged into the app for iOS or Android. It makes for a smoother reading experience, therefore, to take those users from Facebook and other social media into the app when detected on the device.

What may be confusing to New York Times readers is that article links will not always open in the mobile app when clicked on from social media. They will open in the app, however, if found through organic search results and other ways. This is due to NYT’s implementation of Apple’s native deep linking technology called Universal Links and Android’s deep linking technology called App Indexing. When NYT links are shared on social media, however, these technologies are unable to detect and open the app from within the embedded, in-app browsers now found in Facebook, Twitter and other social networks. 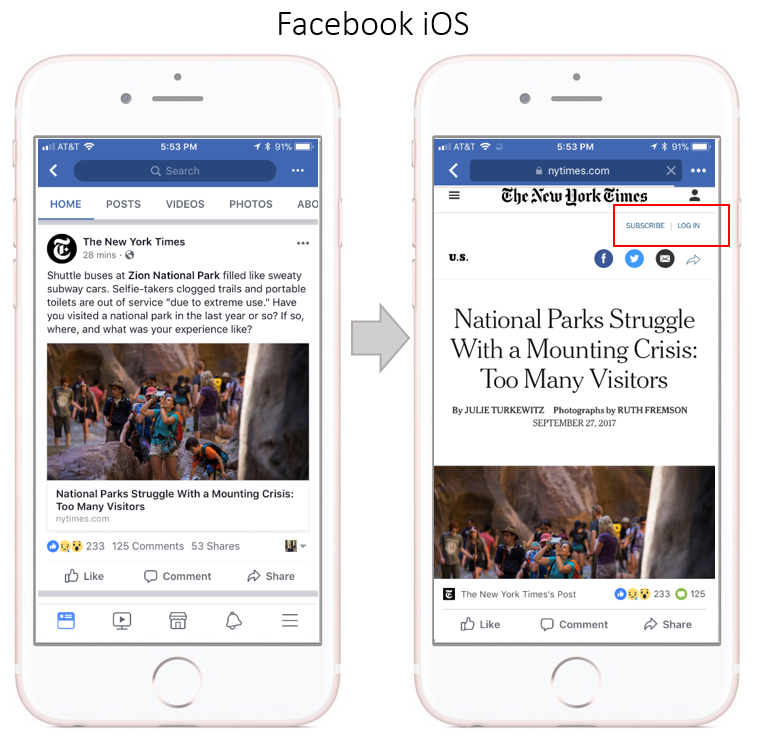 Deep linking to the New York Times from social media.

This produces a extremely frustrating experience for New York Times subscribers, most of whom get their news through Facebook and Twitter news feeds and other social networks. When the links are clicked from Facebook and other social media, app users are routed to the New York Times mobile website instead. If the user prefers the app, they need switch to the app themselves and try to find the same article they saw in Facebook or another social network yet often in vain. In addition, when viewing the mobile website version of NYT from within these embedded app browsers, no banners or buttons are offered to open the app either. 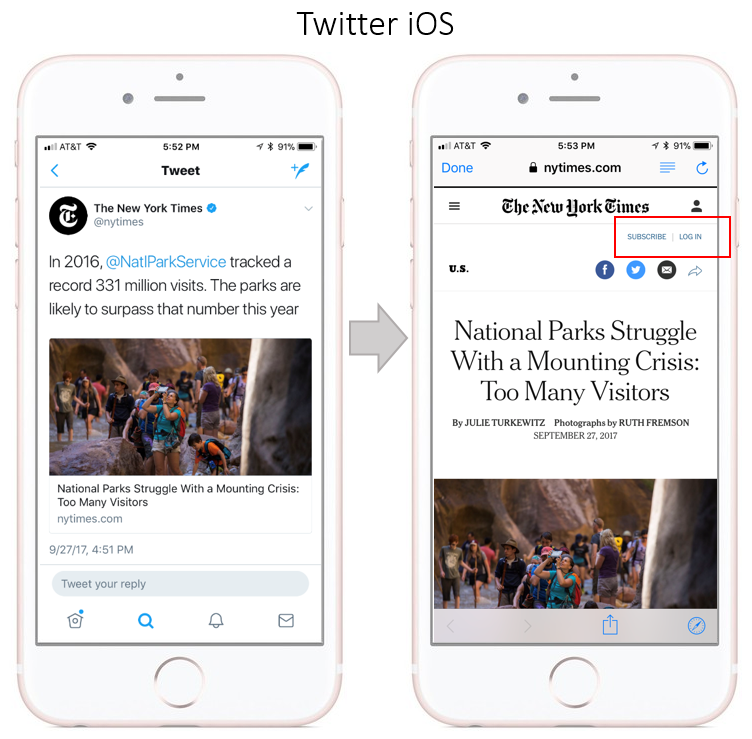 Deep linking to the New York Times from social media.

If you subscribe to the New York Times, check out this example. Here is a typical web URL linking a NYT article. Click on it from iOS or Android and notice it opens the New York Times app. Sharing the same link on social media, however, will take users to the mobile website:

Now try the URLgenius version of the link. If you have the New York Times app installed, the app will open instead of sending you to the mobile website.

You can also scan the QR code or click the image below. 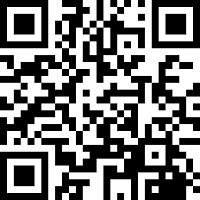 Placing URLgenius links behind images to articles the New York Times for increased engagement among subscribers. 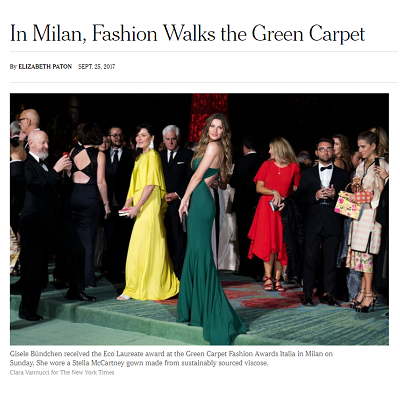 How to Deep Link to NY Times Articles in the mobile app vs. website 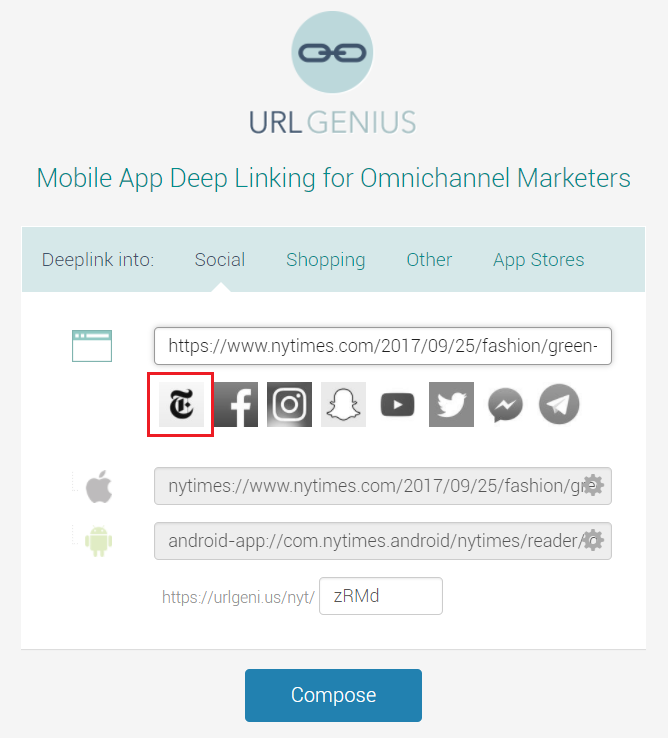 You can also edit the field that is pre-populated with 4 random characters. Use this field to customize the path to help identify your links for different campaigns. For example, you may want to change it to reflect an abbreviated version of the article title or a phrase related to the marketing channel or campaign such as “email-newsletter”. In this example, we have changed it to “milan-fashion-week”. 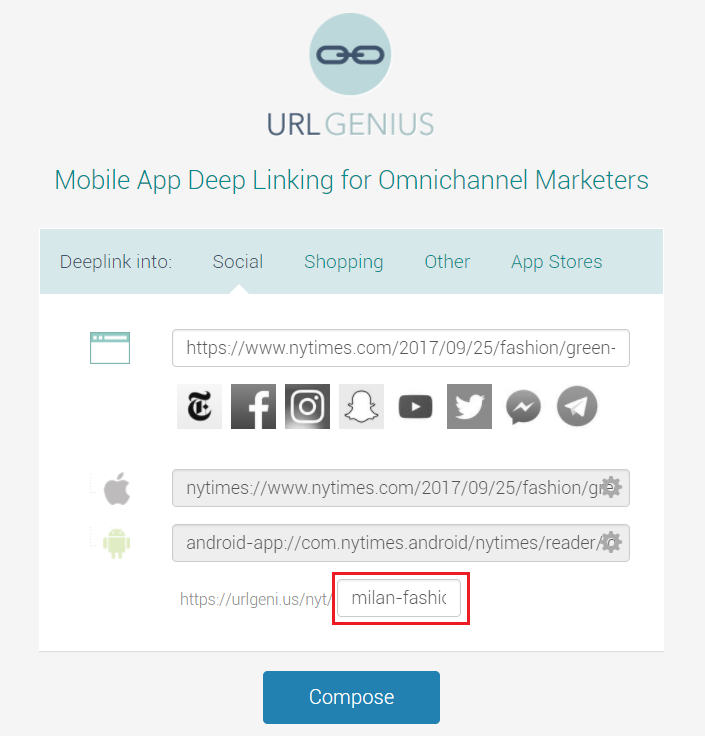 Now click the “Compose” button and then you will be presented with a ‘Copy URL’ button.

Here are some tips on how and where to use URLgenius links for the New York Times mobile app for iOS and Android:

To look at the level of engagement your links are generating, login to your URLgenius dashboard at any time to look at the analytics for any link or for all links. 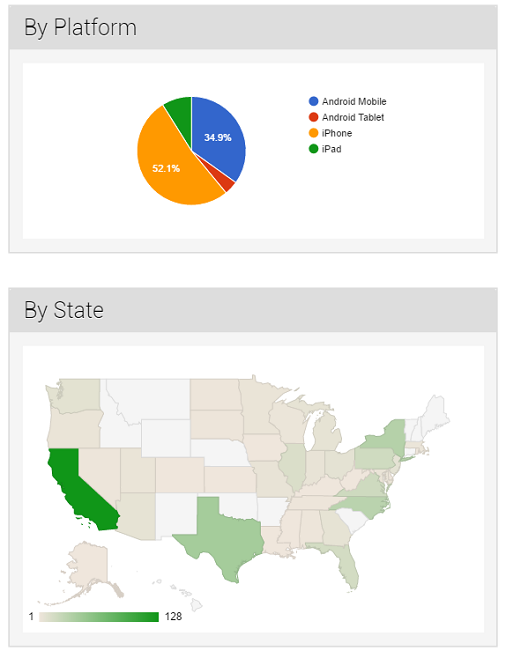 Contact us at info@urlgeni.us with your questions about deep linking to the New York Times app or your other favorite apps.